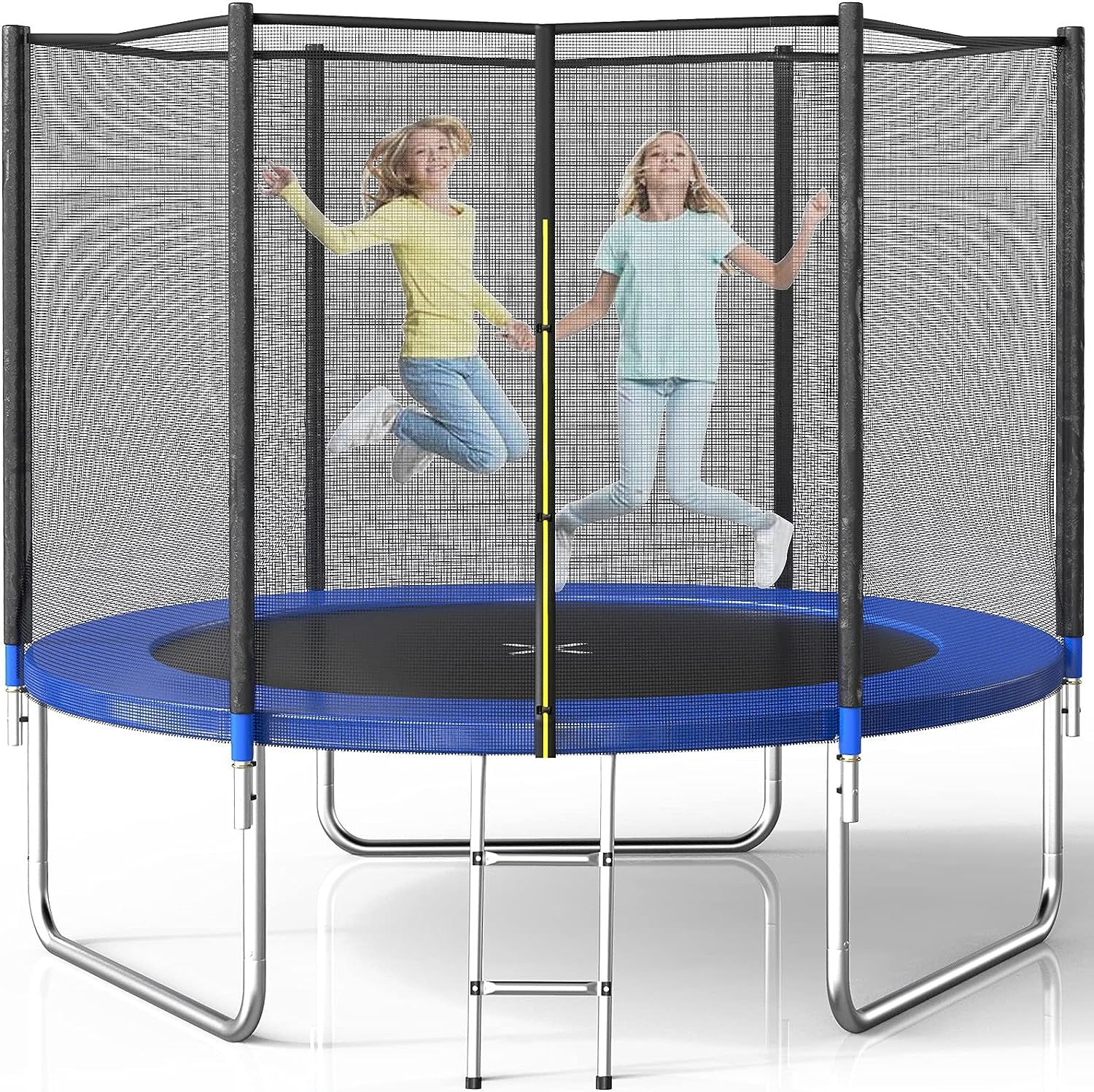 High-quality material for the pad, mat, and net, fade-resistant and resistant to tearing safety enclosures, to extend the trial life.

1.The trampoline is not suitable for use by children under 3 years of age.

2.Remove any pointed or sharp objects before entering the trampoline.

3.Please do not hang on the upper edge of the safety net.

4.During storms and winter weather, the trampoline (especially the net, jumping mat and edge cover) should be dismantled and stored in clean and dry rooms.

5.Comes in 2 boxes, might not arrive at the same time.Please wait patiently, will deliver later or on the next business day.